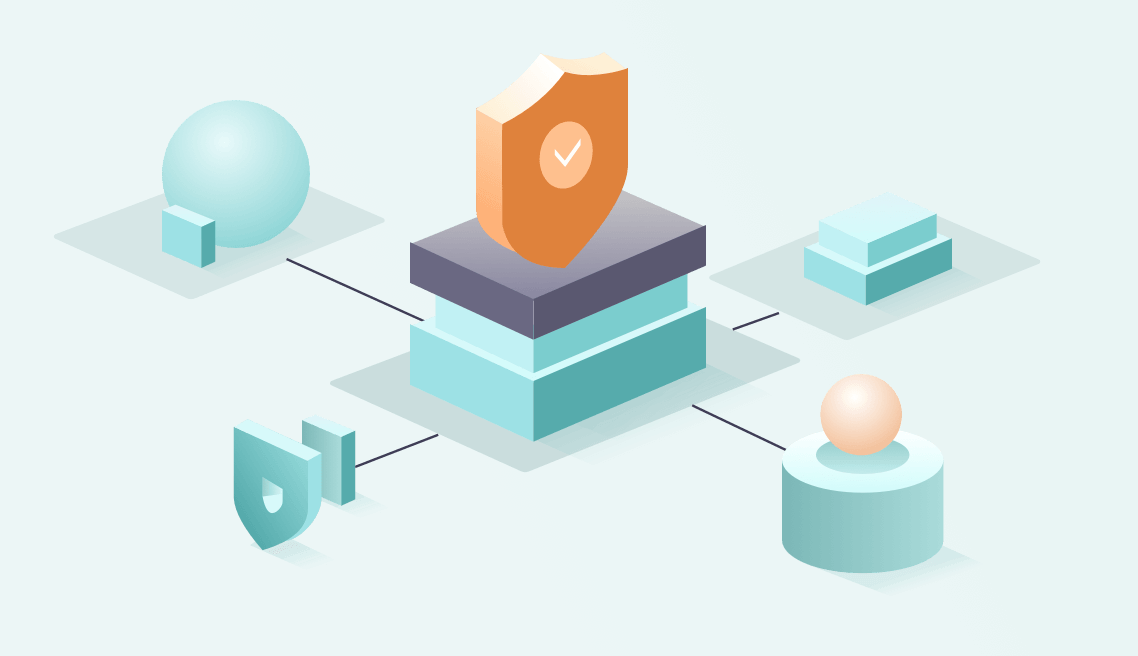 This presentation mainly focuses on the following four points:

Founded in 2016, Akulaku is a financial technology company focusing on the Southeast Asian market. The remarkable feature of fintech companies is that all businesses are directly related to money.

From the perspective of business scenario, the team first started from a scenario similar to Ant Credit Pay（花呗）. With the gradual growth of the business, the team began to get involved in the virtual credit card business. At present, Akulaku has commercial bank and financial investment business, and all businesses involve huge transaction volume.

The growing number of users and transactions has brought great pressure to the risk control system. The team first needs to ensure the high-level state of the company's risk control, which mainly depends on artificial intelligence technologies such as machine learning, CV, NLP and Graph. At the same time, it uses the huge amount of data collected to promote business development.

The above is a general introduction of Akulaku's business scenario. If you are a peer in the industry, you should already understand why Akulaku started OpenMLDB very quickly.

The first time I get in contact with OpenMLDB was in April 2021. At that time, I was exploring the optimization of Spark and learned about the Spark distribution of the predecessor of OpenMLDB offline computing. In June, I attended the technology conference of the 4Paradigm and learned about OpenMLDB. That’s when I found that it hit a business pain point of Akulaku. Based on this pain point, I began to study the source code of OpenMLDB. We have tried Alibaba's closed source flow batch integrated real-time data warehouse solution in the past, but because it is closed source and mainly serves Alibaba's internal business, its features do not fit the business needs very well, but they cannot be changed. I was very curious about an open-source integrated solution for the first time, so I tested it in a specific scenario based on OpenMLDB. In August, I saw the performance optimization paper published by OpenMLDB in the VLDB 2021. In September, OpenMLDB was used to solve specific business problems. In December, on a relatively new scene, based on OpenMLDB, the offline feature was developed into an online real-time environment, and OpenMLDB was applied to the production environment.

The following figure is a general Akulaku structured data modelling scenario, which is usually composed of raw data, feature engineering, machine learning, risk control model update and other links. Based on the massive original data, according to the basic attributes of the data, carry out manual or automatic feature engineering, extract the attribute, text, time series and other feature attributes, complete the model construction through super parameter optimization and model selection, and finally realize the application online. The team used to update models based on KubeFlow, but feature updating has always been the biggest pain point in machine learning development. Then, can feature updating be realized simply by stacking computing resources?

The construction of AI system is a complex engineering problem in essence. Most of the time is used for massive data processing and system construction. The construction of machine learning model can even be said to be the least energy-consuming link. Developers in the industry should feel the same way.

The Enemy of Human Life: Logarithm

The following figure comes from the product introduction of OpenMLDB, which very well summarizes our previous daily work status.

Neither team even uses a standard SQL statement. For offline, there may be a variety of implementation methods, even using native code directly. But for online, hard code must be used to solve the problem of real-time guarantee. There are many logical inconsistencies between offline development and online service. This inconsistency is very difficult to solve in the financial industry because the training goal of our model is the user's repayment bill, which is usually counted in months. Which means that if the data cannot be effectively aligned, it takes at least one month to judge whether the results of offline and online models are consistent, and the cost of that one month's time consumption is terribly high.

Therefore, the main problems we are facing at present can be divided into four dimensions: Inconsistency of R & D System and the Team, Technology Stack, Implementation Logic, Efficiency and Effect:

These inconsistencies have brought many problems to the business realization. The mismatch between online and offline data may lead to the scheme not being used and the effect not reaching the standard, or production accidents or serious online defects. At the business level, if the feature calculation task cannot be completed quickly, users need to spend one minute waiting for the verification of fraudulent transactions, which will cause great loss of users. The reality we often face is that we spend a lot of time making an effective offline scheme, but it can't be used online. However, if the timeliness and accuracy of online applications are compromised, the effect will decline. The most terrible thing is that if this problem is not even found in the logarithm link, it must be a production accident or some kind of online problem that has not been solved after going online, which is a very painful point in the financial field. If each feature is a few hundred lines of SQL statements, it cannot be solved in a few days. Even if it is a conservative estimation, the logarithm of the risk control model often consumes more than half of the time and energy of the model development engineers, even the time consumption in a monthly cycle.

In the past, using the traditional Kafka + Flink method, the speed of offline version and online version cannot be guaranteed to be consistent. In case of sudden increase of data, external memory explosion or data dispersion back on the line, the calculation speed will be greatly affected.

These consistency capabilities of OpenMLDB are of great value to us.

The following figure shows the statistics of costs and benefits after we use OpenMLDB.

Here's a supplement. Eight machines are our current temporary usage. We still need to configure appropriate resources according to the amount of data within our enterprise and the usage scenario.

Business scenarios are the focus of my introduction this time. We have tried many scenarios. This time, we show the key business scenarios of our company, such as risk control scenario and several scenarios with the best effect of OpenMLDB in actual combat. Let's get started.

Our previous practice is to first make a real-time data warehouse of the original data and generate features through independent feature services based on real-time data warehouse. Then put the generated vectors into the model, and put the vectors or scores produced by the model into the pure sorting mechanism, which is our previous sorting system.

There are some problems in this system. Firstly, the segmentation of each component will be obvious, and the segmentation has clear benefits, such as decoupling. But the key to the sorting system is speed. If all functions are vertical for the final result, we will tend to do a cohesive thing.

In this scenario, we use OpenMLDB. After writing the data from Kafka, we directly generate features and sort them in OpenMLDB. The following figure shows the performance after use.

From the perspective of performance, OpenMLDB, MPP scheme and Flink scheme are compared. Every time TopK queries, real-time data comes in. The corresponding MPP scheme has problems. Each time a piece of data is entered, it needs to complete a full amount of calculation, resulting in serious time-consumption. Flink's time window scheme has excellent performance, but it is not a TopK sorting tool after all. As can be seen from the histogram, the effect of OpenMLDB is almost linear.

From the principle of OpenMLDB, it should use the technology of real-time compilation to turn TopK into a query with parameters, which is directly optimized to the executed machine code, so that the query speed will increases rapidly.

Complex calculation is difficult to express directly using various common calculation formulas in SQL, such as the query of geographical location. Because each query must pay attention to the relative relationship between all GPS, each query must be based on the full amount of data.

From the perspective of performance, OpenMLDB is compared with Spark scheme

If the full data query of 1 billion level data is based on Spark, the return time in the figure is not the upper limit of 1000 milliseconds, but direct OOM. In addition, there is a big pain point. First, Spark's external memory structure may be problematic. It is unable to optimize the structure of homogenization and single task completion, resulting in poor external memory storage performance.

To sum up, this is the second scenario I recommend you, such as tag propagation, graph clustering, GPS real-time analysis and other tasks, or other scenarios that require full data but perform relatively single tasks.

The third scene is our latest attempt, gang mining scene. Gangs are a key scenario within us or in the risk control model of any financial enterprise.

The characteristic of gang mining is that the features are relatively complex, and each feature needs to be associated with everyone's attributes. As a result, there are almost hundreds of lines in each round of SQL calculation, and generally there are hundreds of features.

We need to start from the single link and cover all data in real-time. This will bring the second problem. For example, the credit link can be done in minutes, and all the data can be pulled in for a calculation. However, the ordering process is basically millisecond. If you sacrifice the data coverage, you will lose the model effect. If you want to ensure the accuracy of the data as much as possible, you can't give real-time feedback in the ordering process. You can only make prediction after the user completes the order, which will have a big problem. OpenMLDB can handle a large number of real-time processing very well.

It can be said that the previous schemes are not available under the hard real-time requirements. Recently, we used OpenMLDB to solve the real-time feature calculation. Through the SQL syntax currently supported by OpenMLDB, we reproduced the features of the graph, and pushed it online for streaming real-time calculation. The test found that OpenMLDB is available, and the time consumption is basically tens of milliseconds to meet the business requirements to no more than 200 milliseconds.

Part 4 introduces our suggestions on the evolution of OpenMLDB after use and includes some points that requires attention in the current version.

From the Perspective of Model Development Engineer

From the Perspective of Operation and Maintenance Engineer